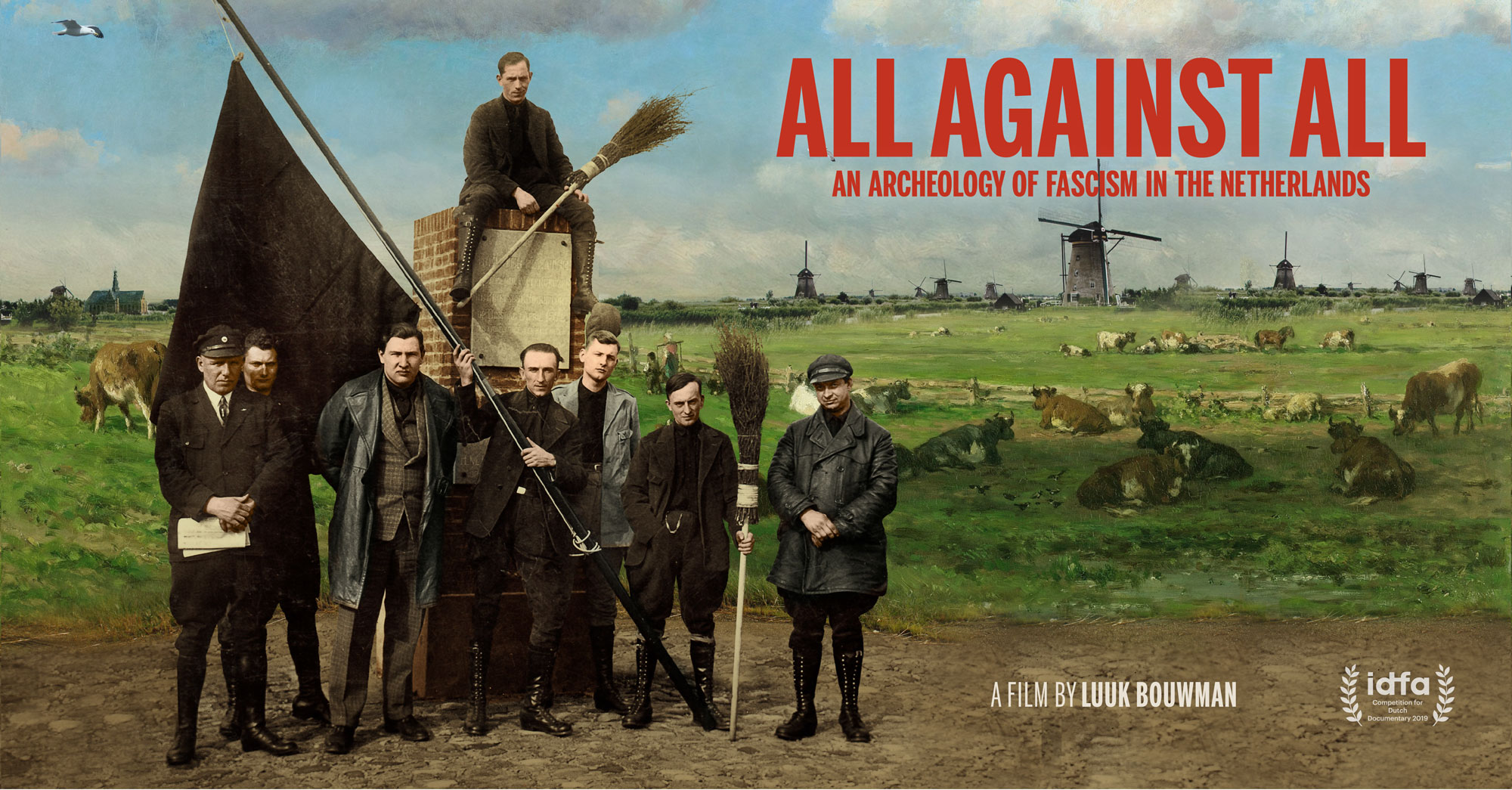 All Against All a documentary by Luuk Bouwman

All against all opens with an audio recording of market vendor and fascist leader Jan Baars, over an aerial scene of a misty river landscape, in which he describes how he addressed a “herd” of voters. It was the fire of his words that stirred the masses—his message was entirely unimportant.

What is a fascist? Was fascism a one-off historical phenomenon or is it something of all times, a certain mentality? All Against All investigates this question on the basis of pre-war fascism in the Netherlands. Holland, usually associated with liberalism and tolerance – turns out to have had tens of fascist movements between te wars. An unknown history of constant quarrels, intrigue, schisms and mergers. Countless small führers with large egos and little self-insight tried themselves at the expense of everyone and each other to become leader of the Netherlands.

Flying over the Netherlands, the documentary visits curious places such as a catholic church full of marble from Mussolini and a campsite with Polish seasonal workers in Lunteren who have no idea that the big wall in front of them was where former party meetings of the Dutch nazi Party took place: ‘The Wall of [Dutch nazi leader] Mussert’. We meet people who deal with this history in different ways, from historians who collect fascist curios to philosophers who break their heads on this subject. The film features an interview with sociologist Klaus Theweleit, writer of the influentual book ‘Male Fantasies’ – and archival recordings of sociologist Theodor Adorno.

What initially comes across as a comical mess of quarreling fascists, eventually takes on increasingly darker forms. From the end of the 1920s fascist movements radicalize; the emphasis is increasingly on hatred, against the elite, against politicians, against big capital, against socialism, but especially against strangers and Jews. Was there a fascist ideology? Did the fascists have a clear program, or was the message subordinate to the fascist propaganda? Without making explicit connections, the film mirrors the present to the past. Part history, past esay, the film shows the mechanism of nationalist feelings radicalizing.